Web 3.0: The future of the internet. An opinion by IoBM's CTO Dr. Imran Batada 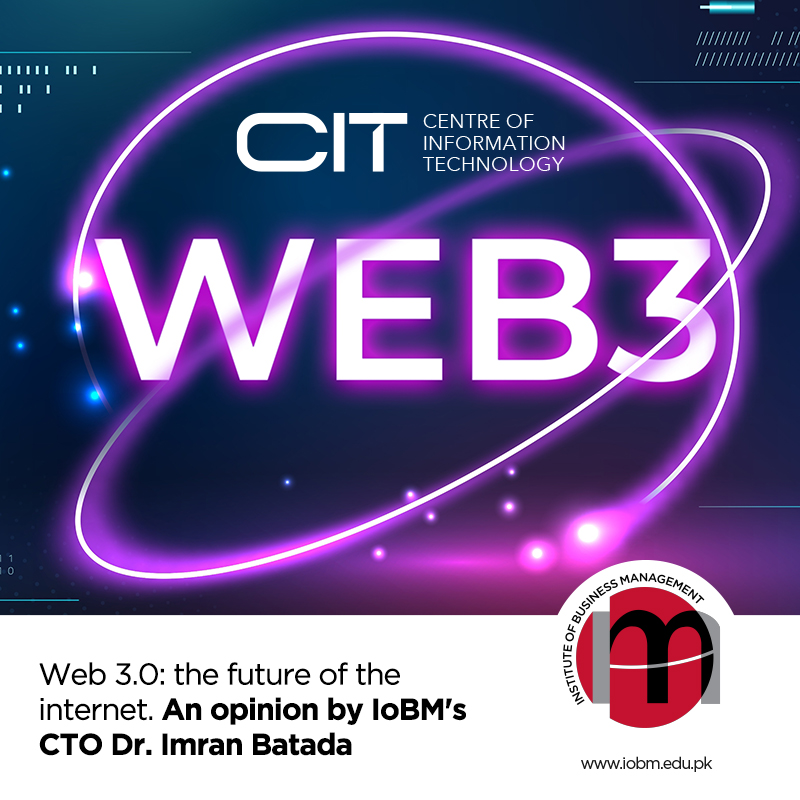 At first, there was Web 1.0, which was upgraded to Web 2.0, and now Web 3.0 is here with us. At first, Web 1.0 was basically about creating static websites before the emergence of dynamic web pages.

The websites made at that time were simple and often unresponsive. Web 2.0 came with some transformation, and there were more web interactions and the emergence of social media networks.

Through digitization, both businesses and people have benefitted. People can use social networks to market their products and reach the right audience. Freelancing has also grown diversely, allowing people to hire a freelancer to design their apps or websites, or other tasks. Ideally, you can source a lot of help from the global world through the internet.

Web 2.0 led to the growth of the internet and more interactions. Influencer marketing has also grown in which influencers market products for clients; the influencers’ followers may be among potential customers.

The Future of NFTs. An opinion by IoBM's CTO Dr. Imran Batada

IoBM and NUST to collaborate on research and innovation

President IoBM recognized for his outstanding contribution to Higher Education