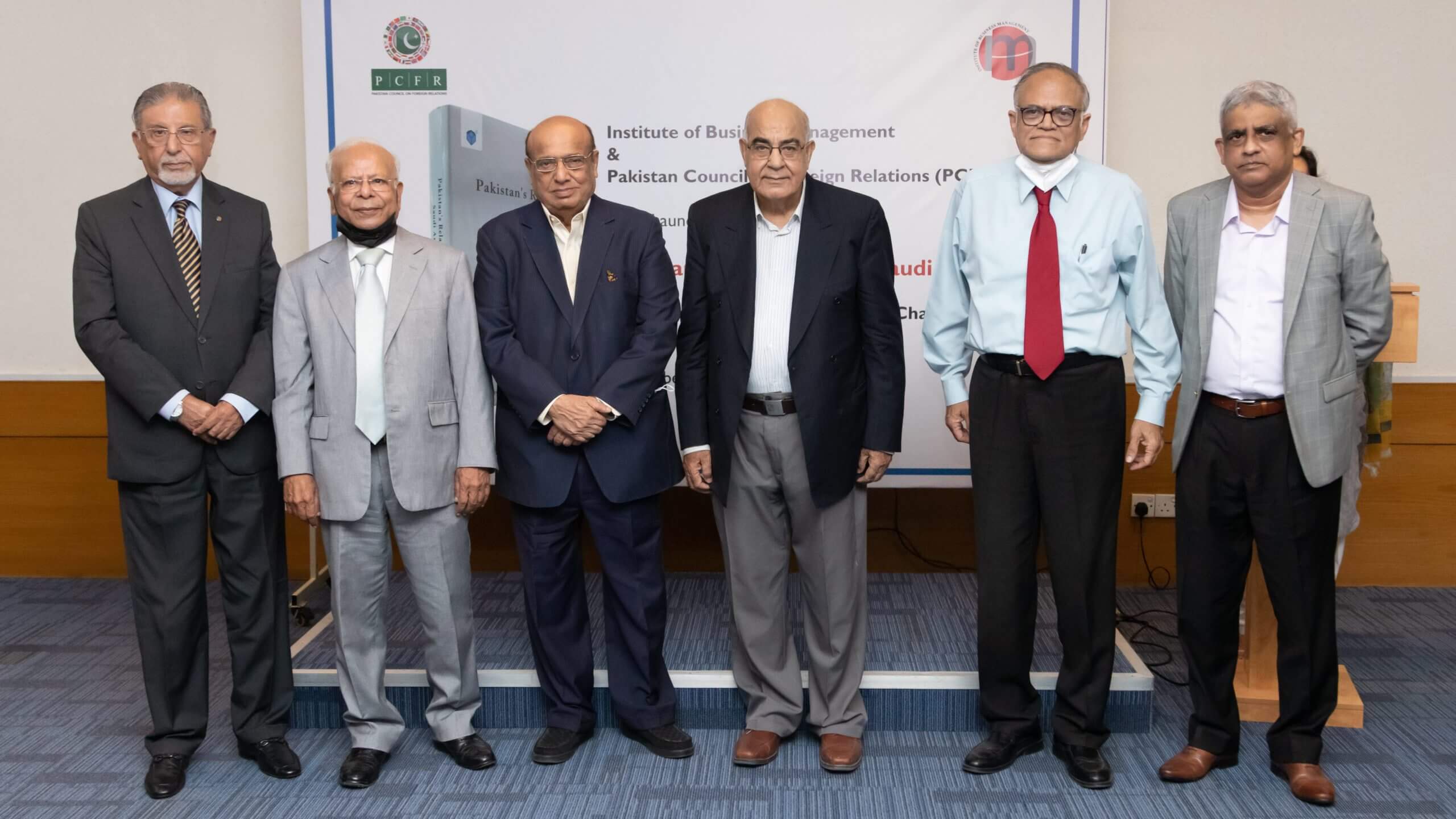 Mr. Talib Karim welcomed the guests and admired their contributions to Pakistan. He shared that IoBM’s Late Founder President requested Mr. Amin to write a book on this topic for it was prevalent in our regional dynamics. Mr. Basheer Janmohammad said that Mr. Amin has accurately described the diplomatic eras between Pakistan and Saudi Arabia from the last many decades. Mr. Javed Jabbar said that the book is a distinguished contribution to a limited range of scholarly and research work. He said the book covers a relationship bounded by religion and region, offers insights to an asymmetrical bond, and ambiguity for the future as far as Pakistan-Saudi Arabia relations are concerned vis-à-vis Iran and India. Dr. Ishrat Husain said there is a dearth of serious scholarship at the national level. He admired IoBM’s efforts to establish the SSK Center of Excellence. He advised universities across Pakistan to establish such centers to focus on Middle East, South Asia, Central Asia to complement or supplement the government’s actions.

Ambassador (Retd) Mr. Shahid Amin said that Saudi Arabia and Pakistan’s relationship has stood the test of time. He reminisced about his first diplomatic assignment in Saudi Arabia. He added that instead of writing it as a eulogy he wrote it as a historian with the narrative based on research and objectivity. Ambassador (Retd) Mr. Alam Brohi presented the vote of thanks. Dr. Amber Raza was the moderator. The book launch was organized by IoBM and the Pakistan Council on Foreign Relations (PCFR). Mr. Ahsan Mukhtar Zubairi, Secretary-General and CEO, PCFR was also present.