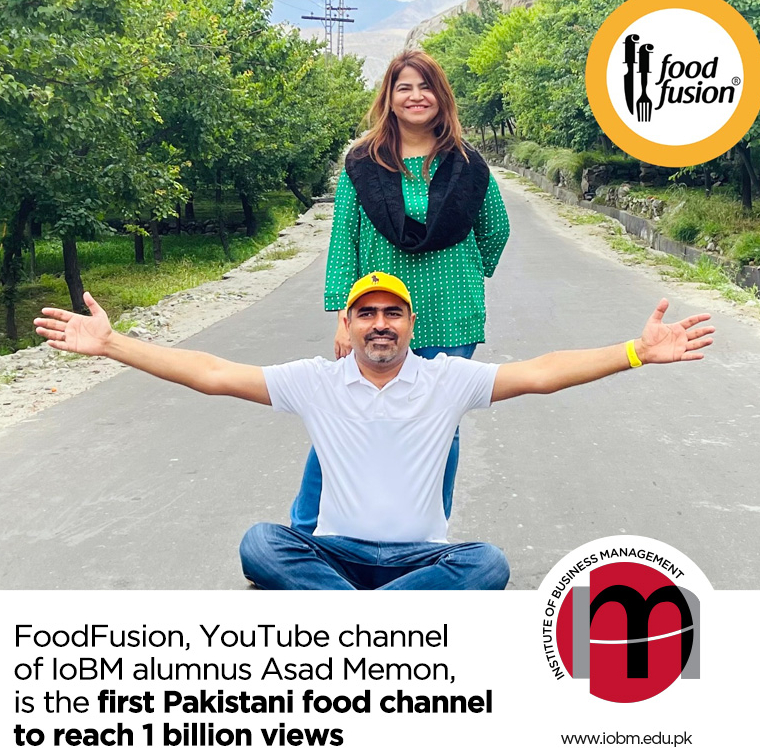 Asad Memon, an IoBM alumnus (BCS 2004, MBA 2008), established his YouTube channel FoodFusion on May 9, 2016, with his wife, Saima. FoodFusion has become the first Pakistani food channel on YouTube to cross 1 billion views. The channel has been attracting viewers from across the world because of the delectable recipes they share and the name has become synonymous with Pakistani women and men who love to cook. As a student at IoBM, Asad was the President of a student society, Club IT. He also represented IoBM at the national level to win two national prizes at Computer Science competitions at GIKI and FAST.  Asad is making IoBM and Pakistan proud.